Love for the Praying Mantis – A Life Science Experiment 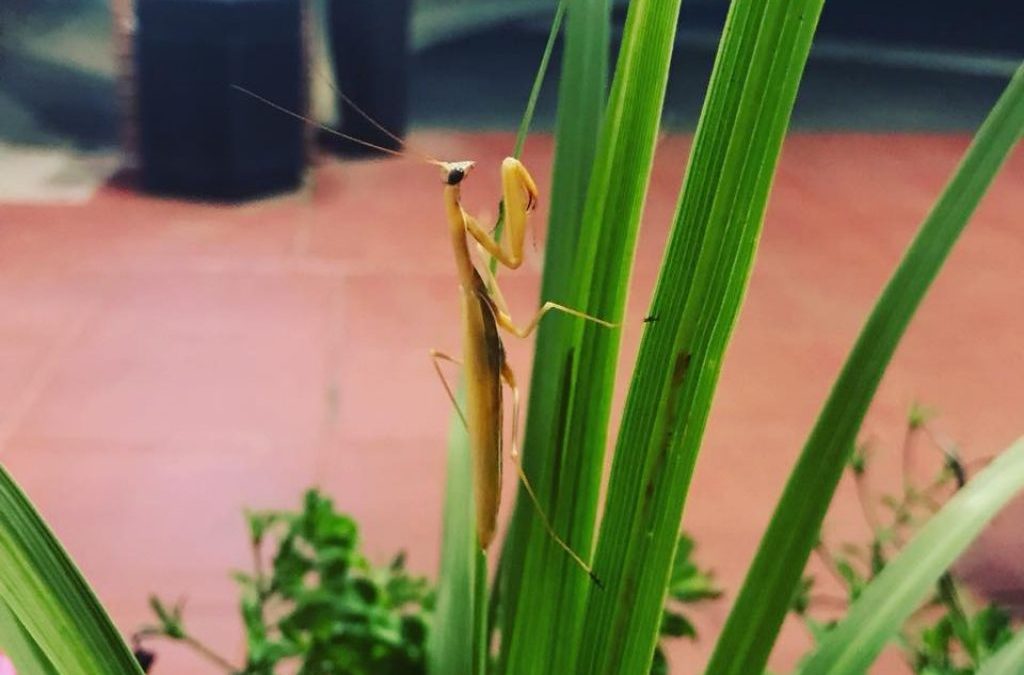 Growing up, I spent my summers outside hunting for tadpoles, finding bugs, and riding horses. With my love of nature, my first science experiment involved hatching praying mantises in the middle of winter. Prior to hatching them, I knew a few things about them:

To prepare for my experiment, I purchased some cheesecloth to place over a glass jar. I then placed the jar with the praying mantis egg inside the hot water closet. For the next two weeks, I diligently monitored the temperature in the closet to see if any changes had taken place. After about two weeks, I opened the closet to see a jar full of baby praying mantises crawling frantically inside the jar.

As much as I prepared for the experiment, I didn’t think through how I would care for over 150 baby praying mantises. Since it was still the middle of winter, I couldn’t necessarily release them outside. So, I frantically contacted friends and family to borrow aquariums to begin creating habitats to care for the praying mantises. It was an eventful three months trying to find food for them!

I enjoyed doing this so much, that I continued to hatch them out every Spring until I went to college and started again when I became a preschool teacher. Sharing my love of the praying mantis was infectious and the children excitedly came in every day to check to see if the egg had hatched. Thankfully, this experiment with the children took place during the Spring and the children were able to release the praying mantises onto the playground. That summer was full of joy when children would see a praying mantis on the playground. They were sure it was one of ours and it very possibly could have been!

For more information about the Praying Mantis, visit Wikipedia.